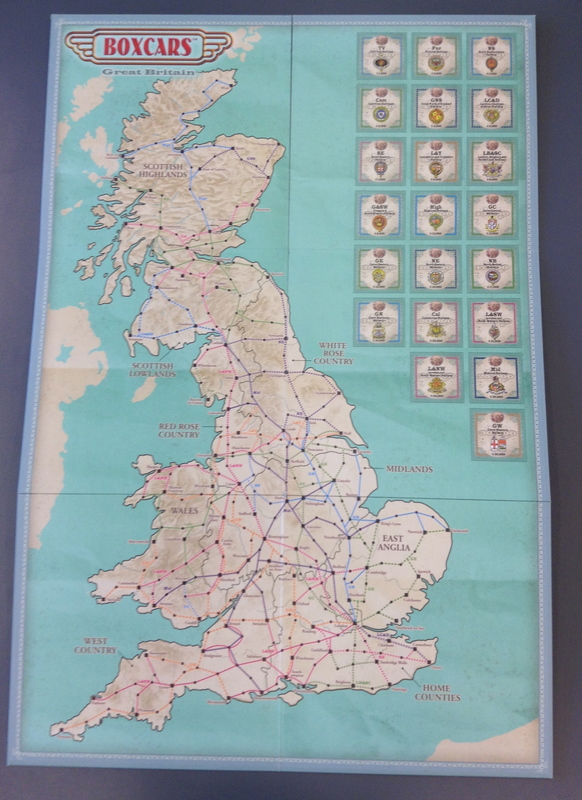 Game overview: In Boxcars, the players take the roles of rail barons. As rail barons, the players deliver freight from city to city, collecting money for their efforts. They use the money earned to acquire railroad companies, to build an ever-expanding railway network. The players begin with money and no railroads. Players select their Home Cities from randomly-determined regions and, from there, begin the game.