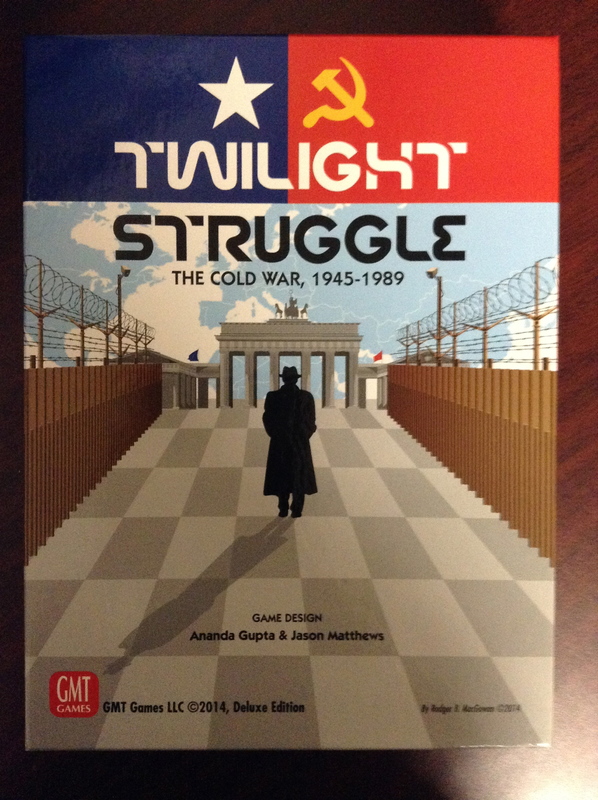 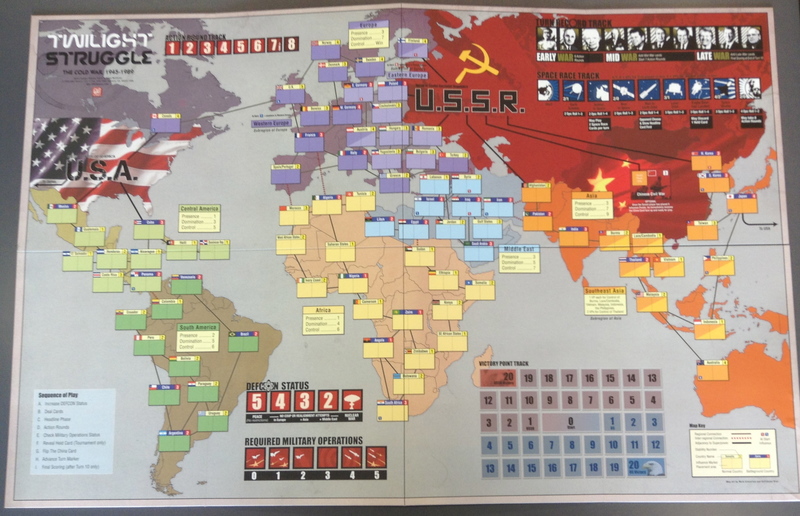 Game overview: Twilight Struggle is a two-player game simulating the forty-five-year dance of intrigue, prestige, and occasional flares of warfare between the Soviet Union and the United States. The entire world is the stage on which these two titans fight to make the world safe for their own ideologies and ways of life. The game begins amidst the ruins of Europe as the two new 'superpowers' struggle over the wreckage of the Second World War, and ends in 1989, when only the United States remained standing.