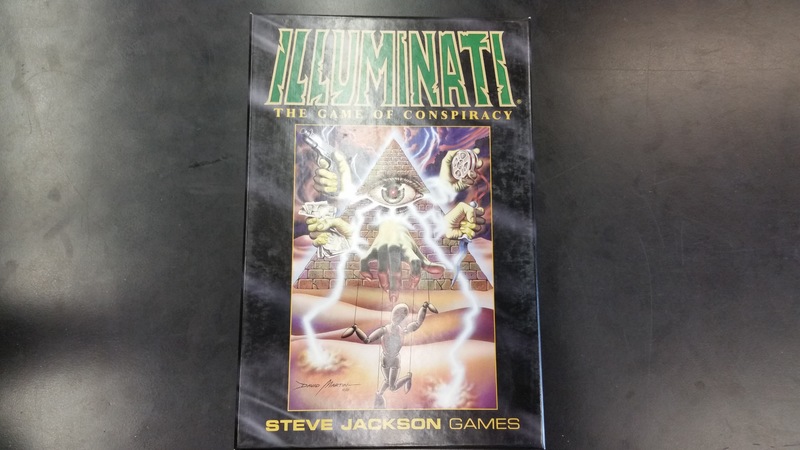 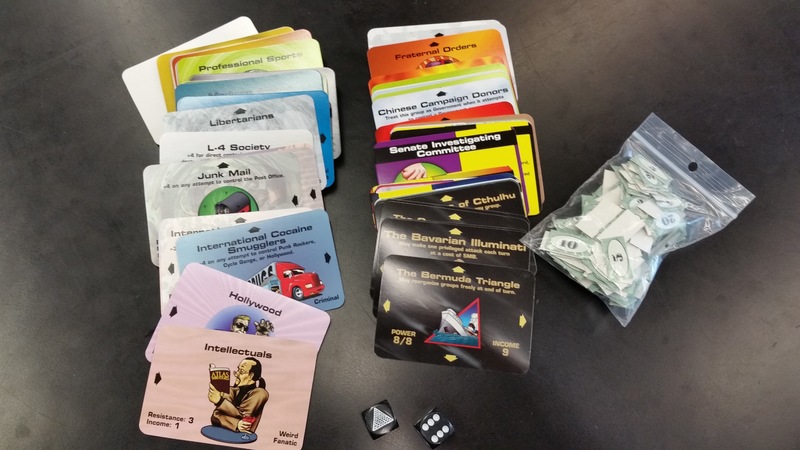 Game Objective:
The telephone company is controlled by creatures from outer space. The Congressional Wives have taken over the Pentagon. Evil geniuses are building Orbital Mind Control Lasers... aimed at YOU!

This is a tense but tongue-in-cheek game about world conquest - not by guns and missiles, but by stealth and guile. Each player becomes one of the Illuminati, the "secret masters" trying to control the world! Build your power and wealth, taking control of groups like the FBI, the Federal Reserve, the Nuclear Power Companies, the Orbital Mind Control Lasers, the Semiconscious Liberation Army, the Post Office... yes, even the Post Office is part of the Conspiracy!

No playing is too devious, no stratagem too low, as you scheme your way to world power. The outcome is never certain until the final double-cross!