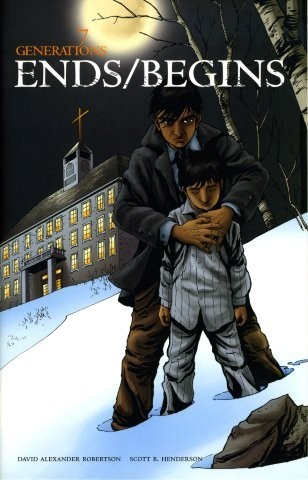 "In 1964, two brothers are taken from the warm and loving care of their grandparents, and spirited away to a residential school, miles from home. James, assigned to manual work on the grounds, sees less and less of his younger brother, Thomas. James soon discovers the anguish that Thomas is living under, which leads to unspeakable tragedy. The pain and guilt that dogs James continues to affect his troubled son, Edwin (introduced in book 1). But a new understanding is dawning between them…" - Highwater Press

Copyright 2010 by David Alexander Robertson and Scott B. Henderson