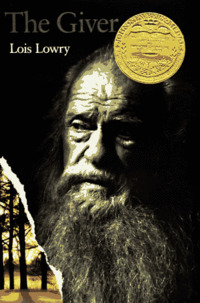 The book starts in a seemingly Utopian world where there is no war, pain, suffering, or difference of choice. However, it becomes clear that society has given up all of its memories of the time before this "Sameness", and have also lost colour, music, and love. Everything is controlled by the Elders who assign people jobs and decide who marries who and what children each couple gets. The communities memories are passed from a Giver to a Receiver for safekeeping. Jonas, an eleven year old boy, is chosen to become the new Receiver. The old Receiver, now called the Giver, is a kind elderly man. when Jonas absorbs the memories he is overwhelmed with feelings of love and happiness but also of war and death. He learns that "release" is a lethal injection given by people to others without truly understanding what i means. Jonas and the Giver decides that it is time to for the community to regain their memories and freedom of choice. Jonas must leave the community for these memories to be returned, and the Giver must stay behind to help people cope. Jonas leaves the community prematurely with a baby that has been given to his family but is about to be "released", to find Elsewhere, the land beyond the community. Their fate is revealed in the companion novel "Messenger".

This book was on ALA's list of most frequently challenged books in the 1990s. Common objections were over violent and sexual scenes, infanticide, euthanasia, and sexual awakening.